When you purchase through links on our site, we may be compensated. Visit the best LLC services for discounts. 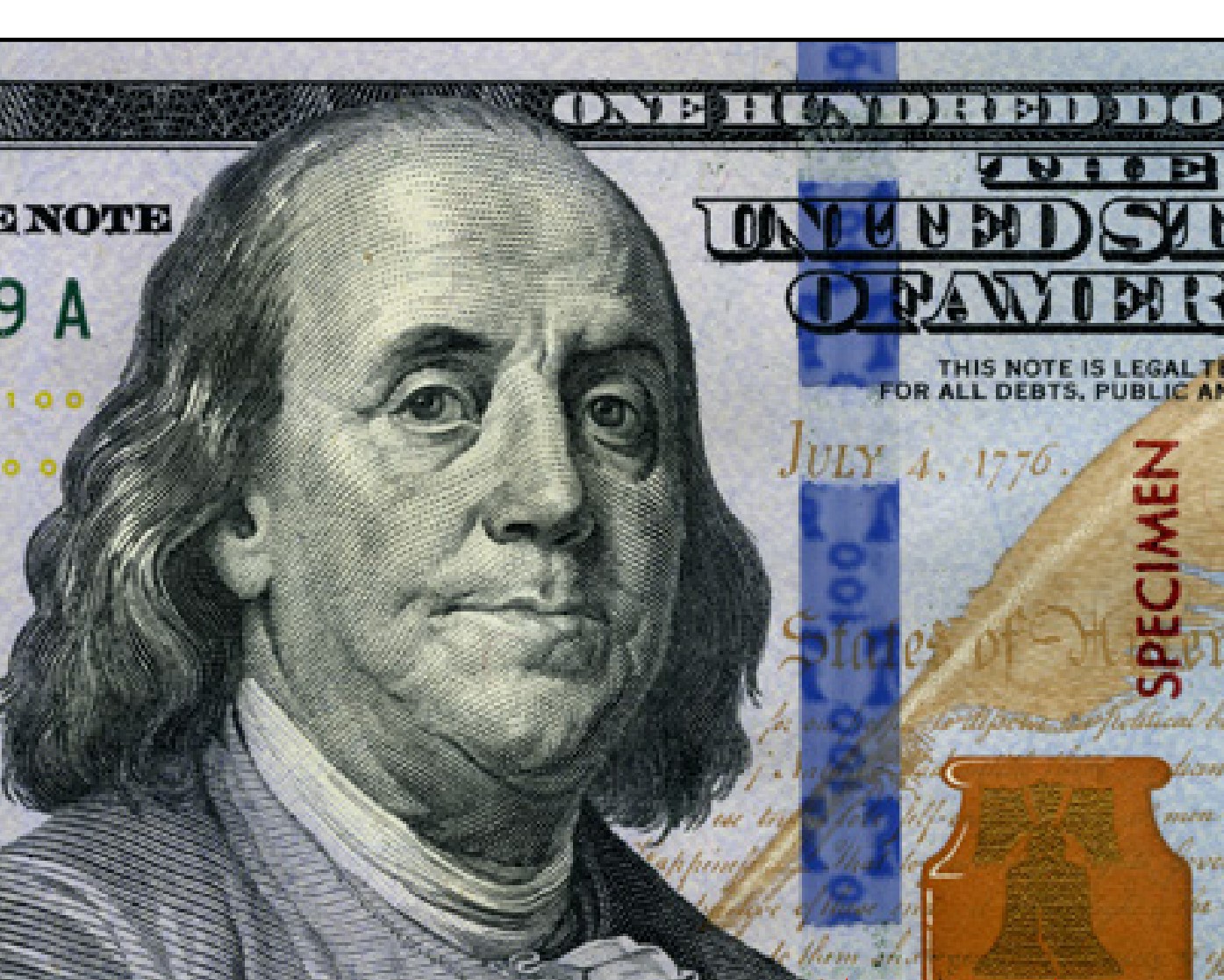 If retailers accept counterfeit bills, they are responsible for the full loss. The counterfeiters’ methods are improving but bad bills can still be detected. This article will show you how to spot counterfeit money, and protect your business against any losses.

Retailers can’t afford not to worry about counterfeit money. In Chicago, Illinois, U.S. Customs and Border Protection officers confiscated $1.6 million worth of counterfeit currency during the first three months in 2021. California also seized $110,000 worth of fake currency.

Businesses are not always able to find all counterfeit bills and have them seized before they reach distribution. Fake money can be used to pay for goods and services. Businesses lose their face value as well as any goods or services provided by the customer who paid them with the fake $20, $50, or 100 bill.

Fake money can be found in many states, in different denominations and at different times. Because the bills are often small and inexpensive, many business owners fail to notice them.

One case involved the Connecticut Better Business Bureau (BBB), which was alerted by the BBB to a $100 counterfeit bill passed to an unidentified seller in Southeastern Connecticut. According to the Connecticut BBB the fake bill started as a $5 banknote.

The BBB announced that the counterfeiters used a technique which involves bleaching legal money and making the bills look like $100 notes. Many businesses use special pens for detecting counterfeit currency. However, they cannot provide a definitive confirmation of suspected altered currency and are not approved by the U.S Treasury.

Not only are large bills, such as $100 or $50 bills, being counterfeited but so are smaller bills. U.S. authorities seized nearly $1 million worth of counterfeited one-dollar bills in December 2019.

How to spot counterfeit money

Employers can teach their employees how to inspect all bills, no matter how high they are. They can report to the police if they suspect they have been given counterfeit money.

The many ways that counterfeit money can be detected by small business owners must be known. A PDF download called Know Your Money is available from the Secret Service. It identifies key features that can be used to identify whether a bill is genuine or counterfeit. These suggestions are also offered by the U.S. Treasury and Secret Service.

Hold a bill in your hand and hold it up to a lamp. Look for a hologram that shows an image matching the bill’s face. Both images must match. The hologram will show Abraham Lincoln instead of Benjamin Franklin if a person has altered a $5 bill to appear like a $100 bill.

A bill can also be seen through a light source. It will have a thin vertical strip with text that spells the denomination.

If you have a new series of bills (except for the $5), and you tilt it backward and forth, the numeral in lower right-hand corner will change its color from green to black.

Hold the bill in front of a light to see the watermark. It is located to the right side of the portrait. Since the watermark is not printed on the bill, but embedded in the paper, it can be seen from both ends of the bill. 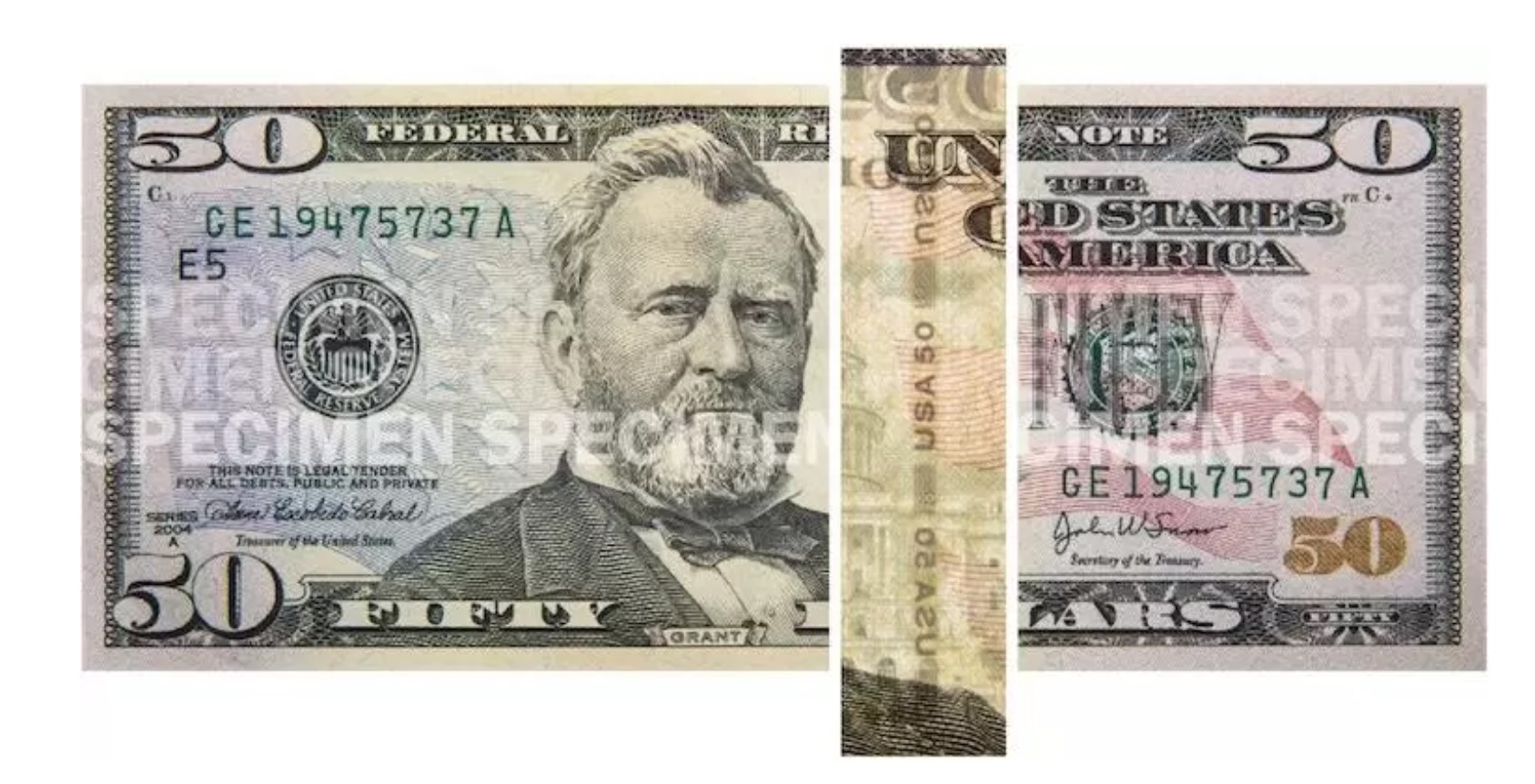 Security Thread Features for Each Denomination

Bill designed before 1990 do not contain threads

The bill will glow if it is exposed to ultraviolet light. If the bill is authentic, the $5 bill glows blue and the $10 bill glows orange. The $20 bill glows green. The $50 bill glows yellow.

To make it more difficult to reproduce, very fine lines were added to the portrait and to the reverse scene.

You can compare the paper’s texture and feel with bills that you are certain to be authentic.

The $100 note’s most recent design features a 3-D security ribbon embedded in the paper. It is not like other notes. You can see images of 100s and bells as the bill moves. The bells and 100s will move in a zigzag fashion by tilting the bill. The 3-D security ribbon is reportedly incomparable by counterfeiters and can be used to verify the authenticity of $100 bills.

If you suspect that your bills are fake, what should you do?

The U.S. Treasury recommends that you take the following steps if you suspect you have received counterfeit currency:

Don’t put yourself at risk

If possible, take note of the description and companions of the passer and make a list of their vehicle license plates numbers.

You own a counterfeit bill if it is passed to you. It pays to be educated about counterfeiting before you accept cash.